Choosing the right career that best describes you: 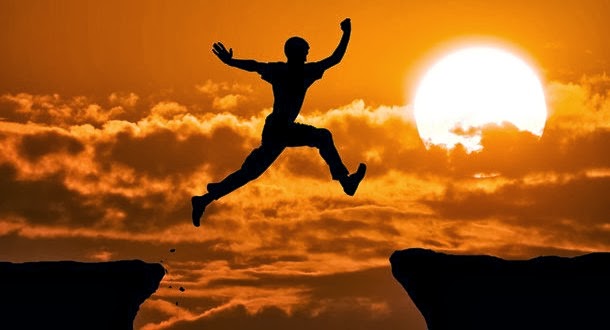 In my previous post on “Best temperament combination for marriage and relationship” I did assert that there are four classes of temperament as discovered by a Greek physician, Hippocrates, who believed in the theory of humorism. They include: Sanguines, Cholerics, Melancholies and finally Phlegmatics. Sanguines and Cholerics are classified as extroverts, while Melancholies and Phlegmatics are also classified as introverts by a swiss psychiatrist, Carl Jung.

However, an individual could also have two or more temperaments combined in them in varying proportions. One primary, and the other secondary, which also gave credence to a third classification called ambiverts. That is, those who are neither introverts nor extroverts but are intermediate, since they exhibit the characteristics of both classes. A person may be a sanchol or cholsan, sanmel or melsan, sanphleg or phlegsan. He could also be a cholmel or melchol, cholphleg or phlegchol, and finally, they could be melphleg or phlegmel. This also represents the twelve temperament Blends and combinations that’s responsible for every individuals’ personality traits. In some cases, some persons could have as much as three different temperament categories combined in them, but usually in varying proportions.

Nevertheless, depending on their degrees, there’s always a dominant one which is often regarded as their basic or primary temperament, since it has a more overwhelming influence on their behaviours more than the rest. In this post, I want to talk about our temperament and choosing the right career that conforms with it. Apart from being without a job, one of the most debilitating and frustrating thing that can happen to anyone is to find him or herself in the wrong career or job. It will not only make you unproductive, but will also leave you unfulfilled. There’s nothing as good as having the right job or being in the right career that conforms to your temperament. It’s for this reason I’ll recommend you read do what you are by Paul D. Tieger for an in-depth understanding of the best careers that suits your personality. Or read on to get an idea of the relationship between your temperament and the career that best suits you.

It’s absolutely rewarding and reinvigorating being in a career or venture that’s basically in agreement with the temperament you’re born with. Now, let’s look at these temperaments and the best career that suits them. Which career best describes your personality? 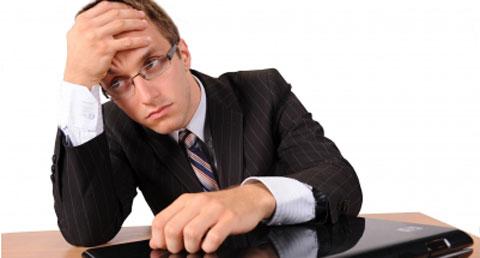 Sanguines: Sanguines are by nature super extroverted human beings. Fun to be with, highly-spirited, charismatic and very hilarious individuals. But who lacks discipline and self-control. These categories thrives in any job or career that exposes them daily to people. They are people-oriented individuals. Any job that will require them to meet, interact and talk to people and always being around people delights them a lot. But if it requires too much attention to details, analysis, record keeping, organization, meticulousness and also so much carefulness and seriousness, its clearly not the best for them. And if perhaps it’s a routine job that do not give them the liberty to meet and interact with different people, it completely bores them. Keeping them in that job for too long, will make them become very clumsy and unproductive.

Since they’re people-oriented individuals, careers such as: clients and customers services relationship, salesmanship, counselling, masters of ceremonies, careers in entertainment, acting, receptionist, public relations, and any other career that exposes them daily to different people but does not require much attention to details and carefulness is best for them. They often make excellent salesmen. A sanguine has enough charisma and word-of-mouth to convince someone who’s not crippled to buy clutches, only to later realize that he had no need of it. That is how good they are when it comes to sales and marketing. As a sanguine, salesmanship is your temperament’s core strength, thus you can turn it into a profitable venture by improving your sales and marketing skills and get more persons to take action by patronizing any business you want them to. Speak to sell by Dan S. Kennedy will definitely help you to advance in your sales and marketing career. Order the bestseller now, in order to improve your sales and marketing skills. You can read 5 best predominantly sanguine temperament careers+relevant books.

Cholerics: Cholerics are also extroverts by nature but not as extroverted as the sanguines. Unlike the sanguines, cholerics are very disciplined, determined and highly productive personalities. These categories of persons are so addicted to work. They’re work and activity prone, and also result and goal-oriented.

They’ve got the least developed emotions of all the temperaments, thus finding it very easy to step on people’s toes and rarely empathizes with others. Running roughshod over those who don’t seem to agree with their policies and opinions is also not uncommon for a choleric. Any job that requires leadership, hardwork and bringing a project idea into reality is one of their greatest passion. Too much details, long term planning, meticulous patience and long range committee meetings is very boring to a typical choleric, because he believes in getting the job done asap. Cholerics are also very practical and pragmatic personalities. Thus, jobs requiring vocational skills and competence, and also careers in military, leadership, project supervision, operations manager, foreman, and any career that requires hardwork and high productivity and also being at the forefront or at the thick of accomplishing a task is best for them. However, as a typical choleric, one of your greatest strength is in establishment of a business. And many cholerics like yourself, such as Steve Jobs, Donald Trump, Richard Branson, Elon Musk etc are successful business owners and self-made billionaires. You’re a visionary. You can establish your own business since you’re already a self-sufficient person. This book by Timothy Butler, will help you build a better career in business. It’s available on Amazon online store, order it now and take your career to the next level.

Melancholy: Melancholies are introverts by nature, who have very high IQ to succeed in almost anything in life. Their perfectionist tendencies and low self-esteem makes them overwork themselves until they get drained. They love getting everything perfectly done, one hundred percent. Where a choleric believes in starting different things without completing one. Melancholies are self-sacrificing and enterprising individuals. They often do very well in any job that requires sacrificing their time, energy or resources to get a particular task accomplished. Humanitarian services, attention to details, planning, being meticulous, strategic and analytical thinking are areas of their strength. Careers in medicine, engineering, manufacturing, creative writing, authorship and any career that’ll make them task their brains is perfect for them.

No other temperament is more sacrificial, intelligent and capable of perfectionism than a melancholy. But their low self-esteem and poor self-image most times hinders them from getting to the acme of their career. Some other careers that a melancholy is very good at, is acting and advertising. Melancholies make very good actors. They’re so real while on stage to act any role they’re being assigned. They also make excellent advertising practitioners. Because they’re so intelligent to know what people wants to see or hear, and are very efficient at crafting sales copies that appeals to their consciousness. A combination or partnership of a choleric and melancholic individual temperaments in any project will make very good and unbeatable team.

category are super introverted individuals. Their gracious, gentle, equanimous and simple lifestyle makes them very likeable people. At the workplace or project site, a phlegmatic is easily loved by everyone because of their gentle, calm and gracious qualities, and you can count on them to always do their job with calmness and efficiency. But their docility and lack of motivation often hinders them from stepping on the next rung of the ladder of success. Hardly will you see a phlegmatic aspire for anything greater or higher than the normal or usual, unless fate or responsibility forces it on them. They are very relaxed, contended and comfortable people.

If you need a very dutiful, loyal and meticulously patient employee, who is very consistent in his job, you can count on them. Any job that requires routine, punctuality, meticulous patience, loyalty, organization, record or book-keeping, numeric ability, analysis and diligence, the phlegmatic are best suited for it. Best digital Careers for melancholies and phlegmatics in 2022. Careers in engineering, medicine, accounts, administration, management, dispute resolution, diplomatic relations, vocational competence and any career that keeps them quietly glued to their job is perfect for them. In conclusion, temperament plays a very vital role in our choice of career. Choosing the right career that conforms with your temperament will determine how far you’ll go in that career. Sanguine and cholerics will do very well in any career in the art and social science discipline. While melancholies and phlegmatics are very good in any career that relates to pure sciences.

However, some temperament combination of cholphleg, cholmel, melchol, melsan, phlegchol, phlegsan, and sanmel can also do very well in the social sciences, and related career as law, accounts, advertising, public relations etc depending on the ratio level in which they’re combined in the person, at least a ratio of 55:45 and 60:40 of this combination will suffice.

I think the subject of “temperament” and related fields should be included in our school curriculum, particularly at the basic level of education and taught so pupils will grow up knowing the temperament category they belong, which will also help them in making the right career choices.

Do not forget to leave your comments, suggestion and questions on this post. Also hit the subscribe button to join other subscribers of this blog in receiving more similar updates.

If you find this post interesting, kindly buy me a cup of coffee or support to maintain this blog’s running cost. Thanks.

Buy this book to enable you choose the best careers that describes your personality.

5 thoughts on “How To Choose The Right Career That Suits Your Temperament.”

THANKS FOR YOUR TAKING THE TIME OUT TO COMMENT ON MY BLOG. ITS MOST APPRECIATED!

This site uses Akismet to reduce spam. Learn how your comment data is processed.